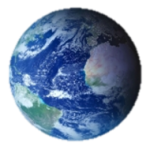 My father, Sol, was a Jew from Brooklyn who served in the U.S. Army Air Corps when he met my mother Kate, who had fled Nazi Germany on the Kindertransport. They met at a synagogue gathering in Detroit and married shortly thereafter. Their first years of marriage were largely spent apart, my father being deployed first in the Far East and then in Germany.

After a life spent in the Midwest and his final years fulfilling his dream as a new immigrant to Israel, Dad died at 65. It was only after his death, upon reading his obituary, that I learned that he had taken part in the liberation of the Buchenwald Concentration Camp in 1945. Then more came to the surface. Hidden away in his files was a stack of shocking photographs he had taken. My hands trembled to hold the prints of atrocities he had witnessed there: the vermin-infested conditions of the barracks, decaying corpses, abandoned Nazi warplanes.

Although these lethal images had been concealed from us, his family, my father’s emotional experience had not. Unprocessed trauma emits its own brand of poison, and even without pictures, facts, or explanations, the charge behind the images can be transmitted to others. Looking at my father’s photos as an adult, many things began to make sense to me. I understood more about the high voltage he carried inside him all those years, his angry outbursts, his politics, and the high stakes with which he had lived his life. The images he brought back with him from WWII were emblazoned in his mind, and his entire world had subtly organized itself around them.

Passing Down the Trauma: Image Deposits

It is well known that children’s psychic borders are highly permeable. Like the echoing of feelings that we now know occurs between people, thanks to mirror neurons in the brain (van der Kolk, 2014, pp. 58-59, 111-112), mental images can also be transferred by parents and other adults to the younger generation. Although actual memories are not transferred, it is not uncommon for parents and caregivers who have experienced extreme psychic trauma to transmit to a child what has been called an image deposit (Volkan, 2006, 2013),[1] that is, a mental picture of the excruciating events that they and others from their group have endured.

Mental pictures—like the Twin Towers in flames on 9-11—with the strong feelings that they evoke can be passed from generation to generation, becoming part of the internal reality of descendants. Seeing one’s home demolished before one’s eyes, or one’s town burned to the ground is an experience that rarely dissipates. In my case, the legacy of my father’s trauma at the liberation of Buchenwald—what he saw, the terror he felt, and the rage that ensued over the dehumanization of his people—became part of my visceral inheritance.

Numerous studies show that children absorb the stress responses of parents and other caregivers in the wake of traumatic events (Allen & Rosse, 1998 Scharf, 2007)[2] and invest them with their own meaning. After the events of September 11, 2001, for example, research showed that children whose parents and caregivers responded with heightened emotion suffered far more post-traumatic stress than those whose caregivers remained calm or detached (Shechter & Coates, 2006).

Vamik Volkan, student of Erik Erikson and internationally renowned scholar on the topic of collective trauma, teaches collective trauma from his experience in war-torn areas. Volkan calls the powerful mental representations of large-scale trauma internalized images (2006, 2013). Taking into account how permeable the psychological border between the child and the mother or other caretaker is, Volkan maintains that traumatized adults can unconsciously deposit their internalized images onto the developing self of the child who then becomes a reservoir for the adult’s trauma images. In Volkan’s words, “A child who is a reservoir is given a psychological ‘gene’ that influences self-representation, and thus the child’s sense of identity” (2006, pp. 159-160).

Like suitcases stuffed with important family heirlooms, such traumatized images that belong to an older generation make their way to young people packed with emotion. And more: Because they evoke such strong feelings—like tribal loyalty, indignation, grief, and compassion—these critical images are also loaded with psychological tasks.

Volkan posits that large-scale trauma memories carry with them tasks that have been left unfinished by the group’s senior members. “Despite the individuality of each child in subsequent generation(s),” Volkan writes, “in a large group whose ancestors have experienced a massive trauma and severe losses at the hands of enemies, the children of ensuing generation(s) are given similar primary tasks” (2006, p. 154).

These unfinished tasks translate to the next generations as many things: they might require completing the mourning process over losses, converting shame and humiliation into pride or helplessness into assertion. All these tasks are connected to the mental pictures that are the residue of traumatic events. The image thus binds the members of the group together in an invisible way (Volkan, 2006, p. 154).

But it is up to the younger generation to decipher their own psychological landscape, since much of what it contains was placed within them without conscious discussion. They must decide for themselves how to assimilate this psychological legacy. Will they internalize or reject the tasks transferred to them? Often they, the tasks, are adopted.

But what will they do with these images? What if the individual is unable to decipher the roots of his feelings and images and yet nevertheless acts on them unconsciously? Perhaps the new generation will have hostile feelings towards the descendants of its parents’ enemy or with another group that seems to represent the original perpetrators. If it has military power, the younger generation might use it against the descendants of the victimizers. Or it may choose to study, understand, and dialogue rather than act out the mental representations of their parents.

Looking at trauma through a wide-angle lens, we see suffering exponentially magnified. And the psychological reverberations travel horizontally through families and nations, and vertically through time and generations. Collective trauma is passed on in families in which children unwittingly receive and react to their parents’ undigested trauma residue. And parents whose care-taking capacities have been compromised by their traumatic histories may unconsciously use their children to deal work out their own unconscious needs. Recalling Dr. Vamik Volkan’s term,  the new generation then becomes a reservoir for the adult’s trauma experiences (2006, pp. 159-160).

Numerous evidence-based studies of survivors of Nazi concentration camps and their offspring (Yehuda, Schmeidler, Wainberg, et al., 1998a; Yehuda, Schmeidler, Giller, et al., 1998b; Yehuda, Bierer, Shmeidler, et al., 2000; Yehuda, Teicher, Seckl, et al., 2007; Solomon, 1998),[3] as well as indigenous peoples and victims of repressive regimes show unmistakable patterns of psychological trauma transmission within a culture (Danieli, 1998). But we hardly need studies to tell us that transgenerational trauma is all around us. The prolonged stress and suffering resulting from the Syrian civil war, the displacement and mass-migration of Middle Eastern and African families, environmental degradation, and other forms of social violence are ubiquitous. Every day increasing numbers of ethnic and cultural groups around the world endure their own brand of cultural and historical traumas and pass them down to their children.

It is upon us, the international community, to use every tool we have available to us to reach these people, whether they are living in refugee camps, becoming citizens of a new culture, or still on the road. The children especially—those who harbor the impact of their own and their parents’ suffering—require our assistance. Working with the images that they have seen and inherited is crucial. Helping to defuse their traumatic pictures and replacing them with new images can change a life.

It is the next generations where trauma is being integrated rapidly, where meaning is being made and tasks are being assigned for the future. It is here that history is being made.

[1] Group psychologist Vamik Volkan, who has pioneered the field of group identity, discusses collective-trauma transmission through image deposits into the “reservoir” of the next generation in Killing in the Name of Identity (2006) as well as the psychic deposits of “injured self-images” in his 2013 address to the International Psychoanalysis Association Congress in Prague, the Czech Republic, entitled “Large Group Identity and International Pain: Psychoanalytic Observations.”

[2] See for example Richard Allen and William Rosse, “Children’s Response to Exposure to Traumatic Events,” a 1998 study that shows a significant relationship between parents’ trauma responses with those of their offspring. In relation to Holocaust trauma, numerous studies demonstrate that the offspring of Holocaust survivors identify with the experience of traumatized parents and re-enact trauma-related affective experiences by displaying a behavior like hypervigilance, among other. See also Scharf (2007), “Long-term Effects of Trauma: Psychological Functioning of the Second and Third Generation of Holocaust Survivors.”

[3]  The prolific studies of Dr. Rachel Yehuda, clinical researcher in the field of collective trauma and its legacy, brings to the field a quantitative approach. In tens of studies Yehuda demonstrates the prevalence of post-traumatic stress disorder (PTSD) and other psychiatric diagnoses (such as depression, anxiety, maladaptive behavior, and symptoms of personality disorder) in adult offspring of Holocaust survivors. Dr. Yehuda’s evidence-based data markedly demonstrates a greater vulnerability of PTSD to subsequent life events in the second and even third generations of survivors. (See Yehuda, Schmeidler, Wainberg, et al.,1998a; Yehuda, Schmeidler, Giller, et al., 1998b;  Yehuda, Bierer, Shmeidler, et al., 2000; Yehuda,   Teicher, Seckl, et al., 2007.) Cited by Yehuda is a landmark study of Dr. Zahava Solomon (1998) demonstrating that offspring of Holocaust survivors who live in Israel are more vulnerable than other Israeli soldiers to develop PTSD following their military experience.